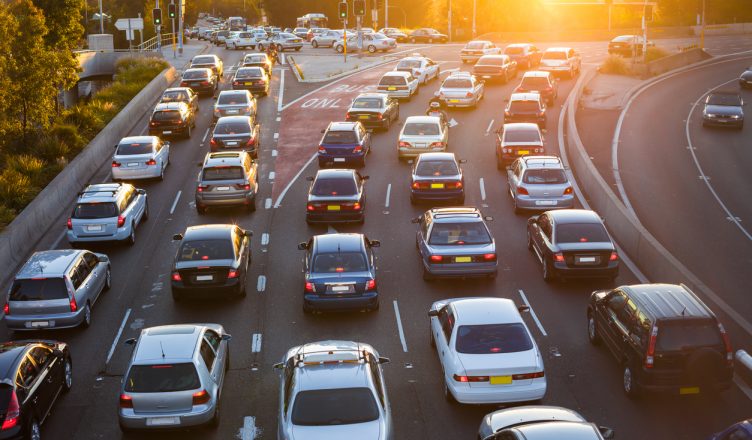 Beaches in Hawaii are a vacationer’s paradise, but the roads in Hawaii are a driver’s worst nightmare! It’s not just about traffic congestion in Hawaii, but also about the infrastructure, gas prices, and access to vehicles. In addition to Hawaii, Rhode Island, Washington, California, and Colorado are among the worst states to drive in the United States.

These are the findings of a recent report released by WalletHub to determine the best and worst states to drive in the United States. The report compared the 50 states based on 31 key metrics. These metrics included rush-hour traffic congestion, traffic fatality rates, drunk driving rates, careless driving rates, traffic fatalities per million miles driven, gas prices, and road quality. They were cataloged under four categories: traffic and infrastructure; the cost of ownership and maintenance, safety, and access to vehicles and maintenance.

Iowa bagged the top spot, followed by Tennessee, North Carolina, Texas, and Nebraska. And three of the world’s 25 worst cities for traffic are in the US and 18 of the world’s worst 25 in North America. The World Economic Forum has valid reasons to rank the US as 17th spot (out of 141) in terms of road conditions.

Are You Tired of Traffic Congestion in Your City?

Did you know that traffic congestion costs US cities billions of dollars each year? What is your state’s traffic scorecard? Is your state one of the worst states to drive?

Let’s see where your state ranks!

Thank your stars if you live in Mississippi! Your state has the least rush-hour traffic; it is almost five times less than in California. Mississippi is followed by New Mexico, Pennsylvania, Iowa, and Idaho.

According to a report by INRIX, drivers in the US lose 99 hours a year on average due to traffic congestion, which costs them $1,377 per year. Boston ranked as the most congested city in the US and it costs $2,205 per driver per year there. So, it’s no surprise then that Massachusetts commuters suffer the worst traffic congestion in the nation. Delaware, New Jersey, Maryland, and California are the next four worst states to drive in the US in terms of hours lost by commuters.

Too Many Bad Drivers Around You?

Though bad drivers are everywhere, do you know which state has the worst drivers?

According to the WalletHub report, Louisiana has the worst drivers in the country. Coincidentally, Louisiana also has the second-highest fatality rate behind Montana. Listed fourth on the worst careless driving rate, Louisiana is also in the top 10 in speeding tickets and drunk driving. The other states with the worst drivers are Missouri, Texas, Florida, Oklahoma, Arizona, Kentucky, Alabama, Montana, and Nevada.

Distracted drivers are bad drivers, too. Every year, distracted driving claims thousands of lives in the US. Eating, drinking, adjusting music channels or volume, and talking over the phone are some of the biggest distractions, while driving.

According to a report by the National Highway Traffic Safety Administration, lousy driving behaviors, including speeding and drunk driving, are the biggest causes of road accidents. In 2017, almost 17% of drivers who were involved in fatal crashes were speeding and nearly 11% of drivers involved in fatal crashes were under the influence of liquor.

Then there’s aggressive driving. Ever wondered what causes people to drive aggressively?

From the worst state to drive to the number of auto repair shops per capita, the WalletHub report can answer every question you might have on the commuting conditions of your state. Here are the findings on some of the key metrics:

Average regular gas price: Mississippi has the lowest gas price per gallon, while Hawaii has the highest.

Population density seems to be the most influential determiner of driving quality in a state. For example, Iowa and Tennessee, which are comparatively less densely populated states, top the list on driving experience, whereas small states like Hawaii and Rhode Island are some of the worst states to drive. However, every improvement to driver safety, road conditions, and traffic congestion relies on cooperation between drivers and lawmakers.

You can’t do anything on the lawmaker part, but you can certainly do your part by using an advanced technology solution like a truck route planner. Such software helps you plan routes while factoring in traffic congestion, weather conditions, sunrise and sunset times, and other parameters to ensure your drivers always reach their destinations on time.

Do you’ve any questions? Please feel free to leave your comments below.