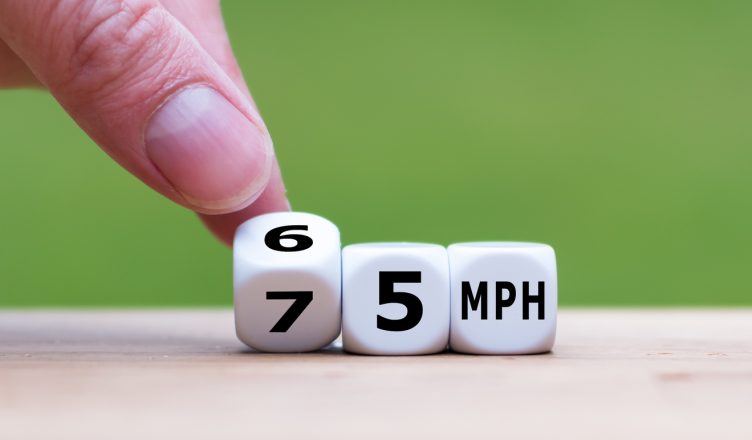 Considering the increasing speed limits, the U.S. Senate is attempting to control the rising epidemic of traffic fatalities with a new bill, the Cullum Owings Large Truck Safe Operating Speed Act of 2019. This bill will require new commercial trucks in the U.S. which weigh 26,001 pounds or more to be equipped with devices that would set the maximum speed limit to 65 mph.

The proposed bill will extend the 65 mph speed limit to trucks that are already fitted with speed limiters. However, trucks without speed limiters will not be forced to install them retroactively.

Some businesses already have speed-limiting software or devices installed on their vehicles, but the drivers often do not use them. This legislation would enforce a long-awaited speed limit on heavy-duty trucks to reduce road fatalities.

If approved, the bill could also solve another problem. Most truck tires are not designed to travel over 75 mph, but some states have a maximum speed limit of 80 mph. If the vehicles exceed the tire speed rating, it can cause crashes. To avoid this, field service businesses can use a trucking route planner to set a maximum speed limit of 65 mph. This will ensure that the business complies will the speed limit mandate as well as protect it from unwanted expenses and legal troubles.

Speeding has contributed to the death of thousands of people since 1995 when the nationwide 55 mph speed limit was abolished. More than 35 states have since increased their limits to over 70 mph. And, one stretch between Austin and San Antonio has a legal speed limit of 85 mph.

Here are some hard facts about speeding:

As stated in the 2017 Fatal Motor Vehicle Crashes: Overview report, fatalities in accidents involving large trucks have increased by 9% from 2016 to 2017. Most of these fatalities are attributed to bad driving behavior. This is because commercial drivers often have job-related pressures and tight deadlines and are more likely to take risks, while out on the road. So, what can you do to limit this problem and ensure driver safety?

It is the manager’s job to track the drivers’ on-road behavior and watch out for unsafe driving practices, such as speeding, harsh braking, aggressive driving, and quick lane changes. Many businesses invest in routing software with a GPS tracking feature to help them monitor their drivers’ behavior and promote safer driving practices. But, how efficient is that? Let’s find out.

How Does Routing Software Help?

Routing software for small business does much more than just identify your vehicles on a map. Here are some more benefits of the software.

If your drivers are speeding, chances are they are also not following the best routes which is why they are traveling at inappropriate speeds. As a manager, you have to ensure your drivers get well-optimized delivery route directions, after considering factors like customers’ availability, traffic, weather, and construction.

Route optimization software can help you do just that. It comes with a dynamic routing feature to help you create efficient routes and accommodate the last-minute changes in customers’ availability or traffic situations. A delivery route planner also comes with a territory mapping feature that helps you break your service area up into territories and assign a driver to each territory to increase driver productivity, fuel efficiency, and punctuality. And if the territories are well mapped and the routes are well planned, your drivers will not need to speed to catch up, thus making them follow the speed limits.

A delivery route planner gathers data on driver behavior and notifies you when one of your drivers violates the traffic laws. The best route planners, such as Route4Me, even offer a speed alert feature that will notify you whenever your drivers cross the speed limits.

By discussing their risky driving behaviors, you can reduce their chances of incurring speeding tickets or getting involved in an accident. Speed alerts have a “big brother” effect: when drivers know that they will get caught for bad driving behavior, they may avoid such bad behavior. You can even offer rewards for the drivers who follow the speed limits to encourage driver safety.

The data gathered on individual drivers’ speeds will form the basis of a training program and help to bring about improvements. With accurate data as evidence, the drivers will see the errors in their driving habits and will be more willing to take on-road safety advice. Training can also be motivating for the drivers and beneficial for a field service business in its fight against speeding.

The Route4Me business route planner, in association with Predictive Coach, provides an intelligent driver training solution that will track each field employee’s driving behavior, then personalize and assign training lessons accordingly. It also monitors their progress and confirms that they are learning what they need to learn.

When appropriately used, a route planner app can help you track driver behavior, reduce the number of accidents, improve fuel efficiency, and make the road a lot safer. The good news is that this technology or tool will soon become a standard on every commercial vehicle and more field service businesses will start to take advantage of it.

So, what measures will you take to comply with the new bill? Do you’ve any questions? Please feel free to leave your comments below.

What is Load Planning?

4 Ways a Road Trip Planner Can Help You Avoid Theft, Damage, and Expenses this Holiday Season 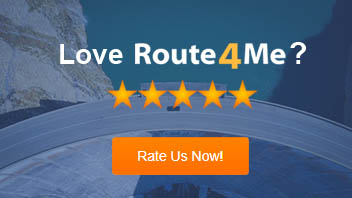 What Is Dynamic Routing and How Can Your Business Fully Use It?

Logistics Management: Are You Ready for This Year’s Challenges?

Your Vehicle Routing Problems (And Their Real-Life Solutions)