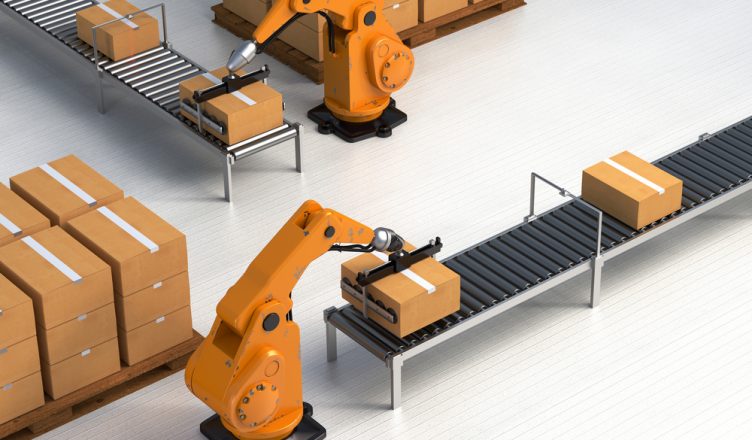 It’s finally happening. Robots are getting good enough at our jobs to start taking a huge number of opportunities away from human workers in the logistics industry.

A recent Deloitte study found that 40% of low-skilled workers in Europe’s logistics industry are on the verge of losing their jobs. They are being replaced because of the increasing effectiveness of automation.

Of course, “40%” doesn’t tell you much without context. To put it into real terms, 1.5 million jobs are being lost. Workers will lose their paychecks while company shareholders and executives benefit from improved profit margins and lower operating costs.

RELATED: Hold Your Breath… Robots Are Coming to Transform Your Logistics Operations

This isn’t the first time technology has put people out of work. Hundreds of years ago, the Industrial Revolution and the development of technologies like the spinning frame and the power loom ruined the livelihoods of countless craftsmen and artisans.

But, in a way, it’s the workers’s fault that they are being replaced, both then and now. It’s not an emotional decision. When machines cost less and are just as productive as human workers, businesses will always opt for the machines. Realistically, a business is going to do what’s best for its bottom line. You shouldn’t expect anything less.

And while this technology will cost some people their jobs,  it also provides consumers with lower costs. Consumers having more money in their pocket is good for the economy as a whole. Also, robots becoming more popular will create jobs in some industries, even while it destroys jobs in others. Someone has to make the robots, after all.

Why Are Robots Becoming Popular?

Robots already have a significant place in the automotive industry. They’ve proven their value over the years through their versatility, flexibility, and ability to be reprogrammed.

As recently as 2010, the average robotic system research and development series costs hundreds of thousands of dollars.

Now? You can get a bot that does the same thing for less than $100,000, and prices are getting even lower. As more and more robotics companies are jumping into the mix, the extra competition drives prices down. More people are becoming skilled and experienced with this technology, which drives maintenance costs down as well.

In most of Western Europe, the cost threshold at which robotic solutions become viable is now $111,460 to $122,612 per unit. This unit price generates a positive Return on Investment (ROI) in just three years. This is possible because of a dependable increase in productivity of 20-30% in mature markets.

Human labor costs increase as a nation’s Gross Domestic Product (GDP) rises. The cost of robotic systems is not tied to GDP, and right now these costs are steadily decreasing.

Robots are cheaper, and they are also able to handle important responsibilities related to supply chain operations. The tipping point at which robots are, on average, more cost-effective than human beings is almost upon us.

By 2020, robots are expected to be considerably more cost-effective than humans. Robots can operate for longer hours, lift heavier objects, and work faster. Oh, and they never show up late, complain about their jobs being repetitive, unionize, or go on strike.

Over the next 10 years, robotic solutions  are expected to provide the logistics industry with labor cost reductions of 20% to 40%.

The Future of Robots in Logistics

Looking at the recent history of the automotive industry, we can see what might soon happen to the logistics sector.

The automotive industry’s productivity after the introduction of automation doubled in only 15 years. Production levels spiked even though, during this same period, human workers were cut by 50%.

Of these human workers that lost their jobs, the vast majority of them were low-level employees. Notably, supervisor numbers have remained stable and the number of executives increased by 45%. The average total payroll rose by around 25%.

This means that the money that was previously needed to pay the wages of low-skilled workers had been, for the most part, redistributed into the salaries of higher-level workers.

For a business-owner, this certainly appears to be an ideal solution. Less hassle, more money.

What do you think? Are robots a blessing or a curse to the logistics industry? Let us know in the comments section below.

6 Experts Share How Technology Will Transform Logistics In The Future

Hold Your Breath… Robots Are Coming to Transform Your Logistics Operations